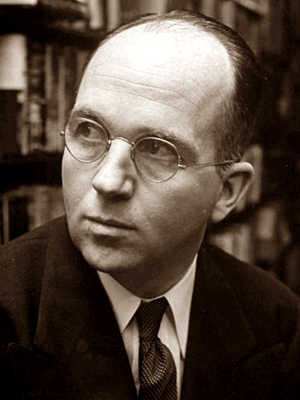 During World War II, James Michener worked as a naval historian in the South Pacific. Overall, a fairly mild tour of duty, till one fateful brush with death, a near fatal landing in French New Caledonia, forever changed his life.

He later wrote in his autobiography:

But as the stars came out and I could see the low mountains. I had escaped, I swore: “I’m going to live the rest of my life as if I were a great man.”

And despite the terrible braggadocio of those words, I understood precisely what I meant: “I’m going to erase envy and cheap thoughts. I’m going to concentrate my life on the biggest ideals and ideas I can handle. I’m going to associate myself with people who know more than I do. I’m going to tackle objectives of moment.”

From there Michener began to pursue his life’s work, publishing Tales of the South Pacific in 1947, ending some fifty books / fifty years later with Miracle in Seville.

It’s the as-if part of his declaration that most captures the imagination: I will live the rest of my life as if I were a great man.

To that point, his life had been, for the most part, non-descript. Maybe he didn’t yet believe he had greatness in him. But he chose to live as if greatness were already there.

Is there an as-if declaration waiting to be made in your life? Chances are, it’s already there, waiting for you to reach out and take it.

• I will live today as if I’m forgiven. (Because you are, by the way.)

• I will live today as if Christ lives in me. (Because he does, you know.)

• I will live today as if I can make a difference. (Because you most certainly can.)

• I will live today as if the words “I am with you always” were meant for me. (Because they surely were, and they still are.)

There is no limit to how meaningful every day can become when you dare to live as if the purpose of God can be fulfilled in your life.

You were chosen according to the purpose of God the Father and were made a holy people by his Spirit, to obey Jesus Christ and be purified by his blood. May grace and peace be yours in full measure. (1 Peter 1:2)