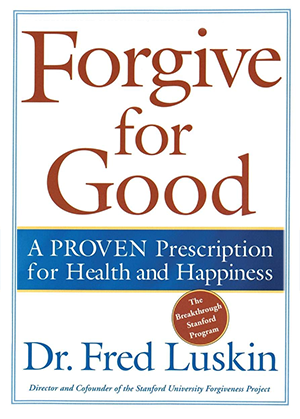 Luskin’s work is based on the idea that “forgiveness isn’t just wishful thinking. It’s a trainable skill.”

His research has found that forgiveness can reduce stress, blood pressure, anger, depression, and hurt.

It can also increase optimism, hope, compassion, and physical vitality.

However, he emphasizes that forgiveness is not easy. It takes a determined effort.

In a similar way, The American Journal of Health Production has a report about separate studies that were conducted among 200 employees working office jobs in Washington D.C. or manufacturing jobs in the Midwest.

The studies asked workers to focus on a specific offense, how it affected them, and how it influenced their attitude toward work.

In each of the surveys, forgiveness was linked to increased productivity, decreased absenteeism, fewer mental and physical health problems, such as sadness and headaches.

These benefits were partly explained by reductions in interpersonal stress that goes along with a forgiving disposition.

The ultimate conclusion from those analyzing the study is that when people see others practicing forgiveness at work, it fosters positive emotions that improve decision-making, cognitive functioning, and the quality of relationships.

In other words, employees who work in an atmosphere of forgiveness are more productive.

WE FORGIVE AS WE HAVE BEEN FORGIVEN

As believers, our forgiveness for others is rooted in the forgiveness we have received through Jesus Christ.

Where others might say that we learn to forgive by letting go — partially correct — we must keep in mind that our ability to forgive is strengthened by acknowledging our own experience of God’s undeserved mercy.

Forgiveness isn’t easy, just as Luskin says. Anyone who has tried to forgive knows this.

It takes a determined effort.

And it begins with finding yourself at the cross of Jesus Christ.