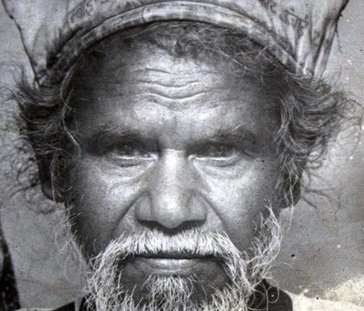 In 1960, Dashrath Manjhi was a common laborer from Gelhour Hills in Bihar, India. His community was somewhat remote, with limited access to vital services, because traveling involved going around a three hundred foot mountain that stood between the towns.

Dashrath decided that what his community most needed was a road through the mountain. Since no one else was going to do it, he decided he would.

He sold some goats to buy a hammer and chisel, and set out chipping away at the mountain each day after work.

Of course, people called his plan foolish and said the project could never be completed, but he just kept chipping away with his hammer and chisel.

Now, instead of having to travel 55 kilometers for access to services, the people of his village need travel only 15 kilometers. And it was accomplished by one man with a couple of hand tools.

Can you really carve a road through a three-hundred foot impasse of a mountain with just a hammer and a chisel, all by yourself?

Yes, you can. In twenty-two years you can do it, when you reach for it every day, and you keep chipping away.

But one thing I do: Forgetting what is behind and straining toward what is ahead, I press on toward the goal to win the prize for which God has called me heavenward in Christ Jesus. (Philippians 3:13-14)