In the frigid waters surrounding the island of Greenland there are countless icebergs, some tiny, some gigantic. If you watched them closely you would see that the smaller chunks sometimes move in one direction, while the larger ones move in another direction.

Small icebergs are driven by surface winds; the large are directed by deep ocean currents.

Of course, you can’t see the currents, but they’re there. If an iceberg has sufficient depth, it can be carried by the current, in spite of which way the wind is blowing.

It’s the same for people like you and me. Those with sufficient depth aren’t swayed by the breeze of public opinion or ideological fashion. Neither are they driven by any gust of random circumstance.

Instead, they’re directed by the deeper current of God’s Word … by faith in his promise: “I am with you always.”

For this reason, the goal of the believer is to become firm in their knowledge of Jesus Christ …

That we henceforth be no more children, tossed to and fro, and carried about with every wind of doctrine, by the sleight of men, and cunning craftiness, whereby they lie in wait to deceive. (Ephesians 4:14)

This means that job one each day is to take steps in knowing him more: Spending time in his Word, spending time with him in prayer.

This daily routine, more than any other, establishes the believer in the Christian life, enabling them to be directed by the deeper current of faith, not the ever-changing winds of chance.

There’s a story about a man named Samsundar Balgobin who won first place in an international linguistics competition with his response to following challenge: “No English dictionary can adequately explain the difference between ‘complete’ and ‘finished.’ How would you explain the difference?”

As the story goes, he received a five minute standing ovation, he was rewarded a trip around the world, and he was invited to dine with the Queen of England. No doubt the judges themselves were married, and knew firsthand just how accurate is this definition.

From a theological perspective, there’s also a difference between the two words. When Jesus cried out on the cross, “It is finished!” he was saying, in effect, “The power of sin is done away with. It is paid in full. It is gone forever. It cannot hurt you anymore.”

With Jesus, you’re complete and sin is finished.

Without him, we’re all finished.

“If you never ask, the answer is always no.”

The person who made this statement recently was talking to marketers about closing the sale. It got my attention because it also applies to our prayer life.

More and more I see asklessness as the root of our problems.

True, James also said that we don’t receive because we sometimes ask with the wrong motives … but I’m convinced that the first part of the equation is the bigger obstacle for a good many of us.

The best way to solve this problem is with pen and paper and time spent in solitude.

Write down the things in your life that you have been dealing with on your own, that you have (inexplicably) neglected to pray about.

Then make a decision to bring these matters before the throne every day until they’re resolved.

You and I both know from history that it works.

Why we go through seasons of asklessness is a mystery for the ages. 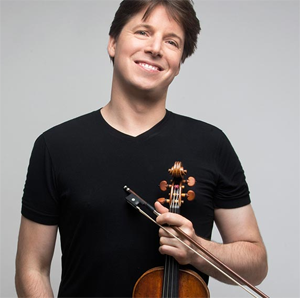 In January 2007 the Washington Post conducted an experiment: What would happen if a world class musician performed elegant classical music on a priceless instrument in the Metro station of a major American city?

The city was Washington D.C.

The musician was Joshua Bell, who can earn upwards of $50,000 for an evening’s performance.

The instrument was a 300 year-old Stradivarius valued at $3.5 million.

The music included the works of Bach and other masters.

The experiment was captured on hidden camera.

So, what happened? How did people respond?

During Mr. Bell’s 45 minute performance, 1097 people passed by. 27 dropped spare change into his open violin case, for a total of $35. And seven of them stopped what they were doing to listen for at least one minute.

The other 1070 people hurried past, oblivious, uninterested, unmoved.

This experiment might offer hope to pastors and teachers who find themselves frustrated at the lack of response their timeless message too often receives.

But we must also ask ourselves: how many times a day does we do the same thing?

How many times do we encounter truth, beauty, and excellence, without giving it a second look? How many messages of hope do we ignore? How many demonstrations of grace do we disregard? How many divine appointments do we overlook?

But now for a brief moment grace has been shown from the Lord our God, to leave us an escaped remnant and to give us a peg in His holy place, that our God may enlighten our eyes and grant us a little reviving in our bondage. (Ezra 9:8)

Let’s make an effort to recognize — and fully experience — those brief moments of grace God sends our way.

There were be at least few today. Will you see it?

In the movie Clean Slate, Dana Carvey plays a private detective involved in a murder investigation.

The problem is that he has anterograde amnesia and is unable to remember any details of his life from the day before. So each day, as he wakes up, he listens to a cassette tape reminding him of who he is and why he is here.

Just like Carvey’s character, sometimes it’s easy to forget day-after-day just who the real “you” is.

It’s not a bad idea to pick up his habit — to begin each day with a reminder of who you are and why you are here.

It’s a reminder that you don’t get from a cassette tape machine. You get it from the Word….

Who are you, then?

A child of God. A friend of Jesus. A new creation. Whole and complete. Forgiven. Accepted. Chosen. Renewed. Alive.
And that’s just the beginning.

Forget yesterday. Remind yourself today of who you are in Christ, and who Christ is in you.

Let this be your identity. Let this determine who you are and what you do.

The steadfast love of the Lord never ceases; his mercies never come to an end; they are new every morning; great is your faithfulness. (Lamentations 3:23)

American author once Iving Kristol said, “Being frustrated is disagreeable, but the real disasters of life begin when you get what you want.”

This is because what we want — or what we think we want — is often not what we really need to lead a fulfilled, meaningful life.

Eventually, the time comes when we realize that the trinket we worked so hard to acquire — or even the goal we sacrificed to reach — doesn’t bring the satisfaction we expected it could.

We then find ourselves asking, as so many have asked, “Is that all there is? Is this as good as it gets?”

Goals will always have a place in our lives, and accumulating possessions will always be part of the human experience, but we serve ourselves best the sooner we understand that these things will never be enough.

We serve ourselves best when we learn to say, as Augustine said, “O Lord, our heart is restless, until it finds its rest in thee.”

Where are you seeking your rest today? In a paycheck? In a relationship? In something you possess?

These may not be bad in and of themselves, but we must also remember that neither are they the finish line. There’s something better, something greater, something more meaningful to seek.

If your heart is restless today, take a moment to re-evaluate what you really want.

Preaching editor Michael Duduit once asked Warren Wiersbe which one word of encouragement he would like to pass on to other preachers. Wiersbe said…