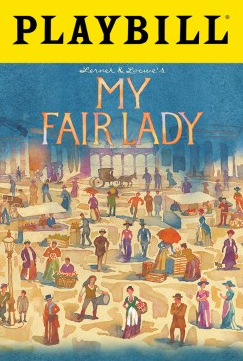 Imagine that you’re involved in a play, in a community theater production of, say, My Fair Lady.

You know what dress rehearsal is. It’s that low-risk run-through to an empty auditorium where the director gets a chance to make sure everyone knows what they’re doing.

But then, right before curtain, there’s a last-minute turn of events. The producer approaches you and says, “Tonight we have a special guest — a top talent agent has flown in from in New York to watch your performance. He’s considering you for this very role on Broadway.”

This changes the dynamic quite a bit, doesn’t it? No longer is it a mere dress-rehearsal. It is now the performance of your career — up to this point, anyway. How well you do tonight will determine your future on the stage.

Suddenly you’re profoundly aware of the significance of the next two hours. And, of course, you give it all you’ve got.

Next, imagine that it’s not just a local community theater production of My Fair Lady that we’re talking about. Imagine, instead, that it is your life we’re talking about, and where your “performance” today has the potential to take you.

This is, in fact, how it really works.

A lesson we learn throughout scripture is that this is not a mere dress rehearsal that we’re experiencing today. It’s not just a dry run. It’s the real thing. This day. Every day. Day after day.

We have a tendency to live, sometimes, as if today doesn’t really matter all that much. We live as if we’ll have another chance on another day to do things the way they ought to be done … so for now we can coast.

But the Bible teaches that today is the day. Today matters — and as long as it’s called today, it matters more than any other day in your life.

So what shall we do with today?

Let’s strive to follow the example of the Apostle Paul…

But one thing I do: Forgetting what is behind and straining toward what is ahead, I press on toward the goal to win the prize for which God has called me heavenward in Christ Jesus. (Philippians 3:13-14)