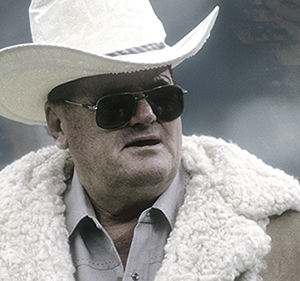 Bum Phillips, former head coach of the Saints and the Oilers, once said, “You’re not a failure until you start blaming someone else.”

This has been the bane of the human race since the beginning: Eve blamed the serpent for her disobedience. In turn, Adam blamed Eve … and he didn’t stop there: He also suggested that God was partly to blame, since bringing Eve on board was his idea in the first place.

A man’s own folly ruins his life, yet his heart rages against the Lord. (Proverbs 19:3)

We are, in fact, setting ourselves up for it to happen all over again.

Overcoming any kind of failure begins when we’re ready to say, “Today I take ownership of my life: what I think, what I say, what I do. I can’t control everything that happens, but I can control what I do next.”

Placing blame is easy; owning up never is. But it’s the only path to victory.