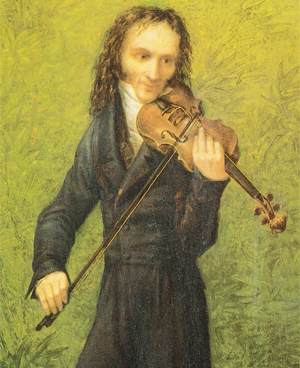 Here’s a great story that has certainly made the rounds. (I first heard it from Chuck Swindoll.)

The violinist virtuoso Niccolò Paganini was performing one evening before a packed concert hall, surrounded by a full orchestra.

As he began the final piece, one of the strings on his violin snapped. A minor inconvenience; with seemingly effortless improvisation, Paganini continued to play on the remaining three strings.

Then a third string snapped. Still Paganini continued to play. He finished the piece with one string on his violin.

When the performance was over, the crowd rose in thunderous applause.

Paganini, ever the humble musician, raised his violin and boldly proclaimed, “Paganini and one string!”

He cued the conductor, the orchestra began to play, and he performed his encore, note for note, with one string on his violin.

WHEN SO LITTLE REMAINS.

The time may come when you feel like you’re down to one string — when there’s next to nothing left of your marriage, your finances, your future, your health, or your hope … and you know that you’re no Paganini.

One string is enough. God’s grace is that amazing. His power is that invincible. His love, that unstoppable.

If you feel like one string is all you have left — and maybe it, too, is about to snap — you can stop trying to make everything happen on your own. Let God do in your life what only he can do.