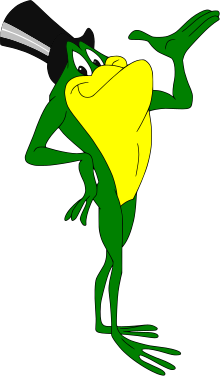 There’s a story about a farmer who called a restaurant owner, asking if he was interested in making a deal on some frog legs.

“I can bring you hundreds,” he said. “There’s a creek behind my house that’s full of them. They drive me crazy night and day.”

They negotiated a price for a hundred frogs, and the farmer went home.

A few days later he called the restaurant owner and cancelled the contract.

“Turns out there weren’t hundreds of frogs in that pond. There were just two. But those two frogs sure were making a lot of noise.”

The same can be said about our problems.

And our critics, too.

There may not be that many of them, but they sure are loud.

They learn, instead, to focus on the promises of God:

“Lo, I am with you always…No weapon that is formed against you will prosper…though I walk through the shadow of the valley death, I fear no evil, for thou art with me.”

If you’ll listen, you’ll find that God’s promises — the ones spoken in his still, small voice — can ultimately drown out the noise generated by the cares and concerns of this world.