Many hymns were written in response to a dramatic turning point in the composer’s life — a personal crisis, a lost love, the death of someone near. 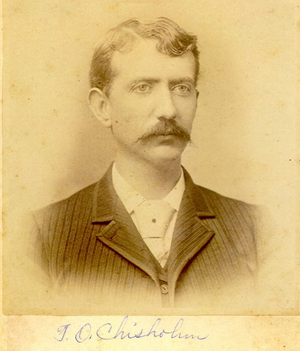 The story begins in 1893, in the southern state of Kentucky. A young newspaper editor named Thomas Obadiah Chisholm surrendered his life to Jesus Christ. He was 27 at the time, and his dream became that someday he would serve God full time in the ministry.

Eventually he was able to serve as a pastor in the Methodist Church, but his appointment lasted only a year; he was forced to resign due to poor health. He then moved to New Jersey and began selling life insurance, while remaining active in his local church.

Over the years he wrote well over a thousand hymns and sacred poems, submitting them often to various periodicals for publication. A few made their way into print, though he himself never became well-known.

“My income has not been large at any time due to impaired health in the earlier years which has followed me until now, although I must not fail to record the unfailing faithfulness of a covenant-keeping God, for which I am filled with astonishing gratefulness.”

Thomas Chisholm finally retired at the age of 87. He spent his last years in a retirement home. In 1960, at the age of 94, he went home to be with the Lord.

It was a song that he wrote years earlier, in 1923, at the age of 57, for which he is known today. If you’ve been in church very long, you no doubt know it.

It was written by a man who lived, by and large, an unremarkable life — knowing neither fame nor fortune. But he did know something about the day-by-day, morning-by-morning goodness of God in every area of life.

That’s what makes this hymn great. Virtually every line of this great hymn is pulled from the Scripture. It reminds us of how the God we serve is faithful in every way — even when things don’t work out exactly as we would like, we can see his hand at work in every moment of every day.

These are the words that Thomas Obadiah Chisholm wrote…

Great is Thy faithfulness, O God my Father!
There is no shadow of turning with Thee;
Thou changest not, Thy compassions they fail not:
As Thou hast been Thou forever wilt be.

And this is the chorus…

Thomas Obadiah Chisholm never achieved the accolades of success in this life. As a musician, you might call him a late-comer and a one-hit-wonder. But he lived a great life because he experienced, and he recognized, and he appreciated the morning-by-morning faithfulness of God in his life.

A lesson we can learn from his life: When you make it your habit to seek God’s presence every day, you begin to see evidence of his faithfulness all around you.