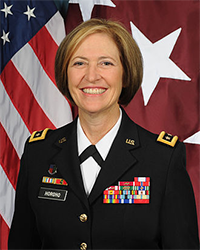 Patti Horoho is a retired US Army Lieutenant General who served as General of the US Army Medical Command. Her job was to oversee the health of army personnel and their families — about 4 million people worldwide.

During her command, she introduced a pilot program that she called The Performance Triad, which focused on maximizing diet, fitness and sleep.

Step One was to begin improving each soldier’s sleeping habits. She made this observation:

“If you have six hours of sleep or less for six days in a row, your cognitive performance is the same as .08 intoxication. We’ve never let a soldier in our formation intoxicated. Why would we allow soldiers to have cognitive impairment?”

She also notes that people who sleep less tend to eat more — on average 500 more calories per day than well-rested people. Horoho says the key to top-level productivity begins with a good night’s sleep.

Horoho also says that we should look at sleep as ammunition for the brain.

“You need to go into battle with your brain having enough sleep, so that you can make the right decisions, because lives depend on it.”

This is exactly what Elijah needed to do in order to get his head on straight in the aftermath of his encounter with Jezebel.

Sometimes (as in every night of the week) the best thing you can do for yourself, for your family, and for your ministry is turn out the lights, turn off the tube, and catch some zzzzzs.