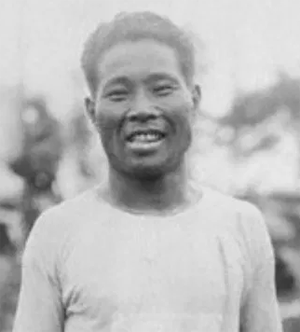 In 1912, marathon runner Shizo Kanakuri was chosen to represent Japan in the Summer Olympics at Stockholm.

He began the race with the rest of the runners, but along the way was overcome with heat. He stopped at a garden party for some refreshment, but he stayed a little too long — more than an hour.

It was now, he thought, too late to get back in the race. He took a train to his hotel and caught a boat back home, too ashamed to tell anyone he was leaving.

For more than 50 years Shizo was listed as a missing person in Sweden, until a journalist finally found him; he had spent the last several decades living a quiet life in southern Japan.

In 1966 the Swedish Public Television network called him with an offer: Would you like to finish your run?

The 85 year old Kanakuri accepted, and he traveled to Stockholm to finish the race he had started so many years before. This time he crossed the finish line; his final time was 54 years, 8 months, 6 days, 8 hours, 32 minutes and 20.3 seconds.

Let’s remember that our reward is not for starting the race, it’s for finishing it. As Paul said in his farewell…

“I consider my life worth nothing to me, if only I may finish the race and complete the task the Lord Jesus has given me…” (Acts 20:24)

It’s never too late to get back in the race.

You can start running again today. The finish line is still where it used to be.